The last few weeks my friends have had some hard decisions to make, the biggest of which is whether to crab or fish. The Crabbing has been as good as it gets and is holding up well… I think we’ll have good crabbing until Halloween based on the amount of Crab we have now. John Rodgers and family pulled off a successful crabbing trip one day and a good shoreline Rockfish trip the next day. You gotta love the fall! 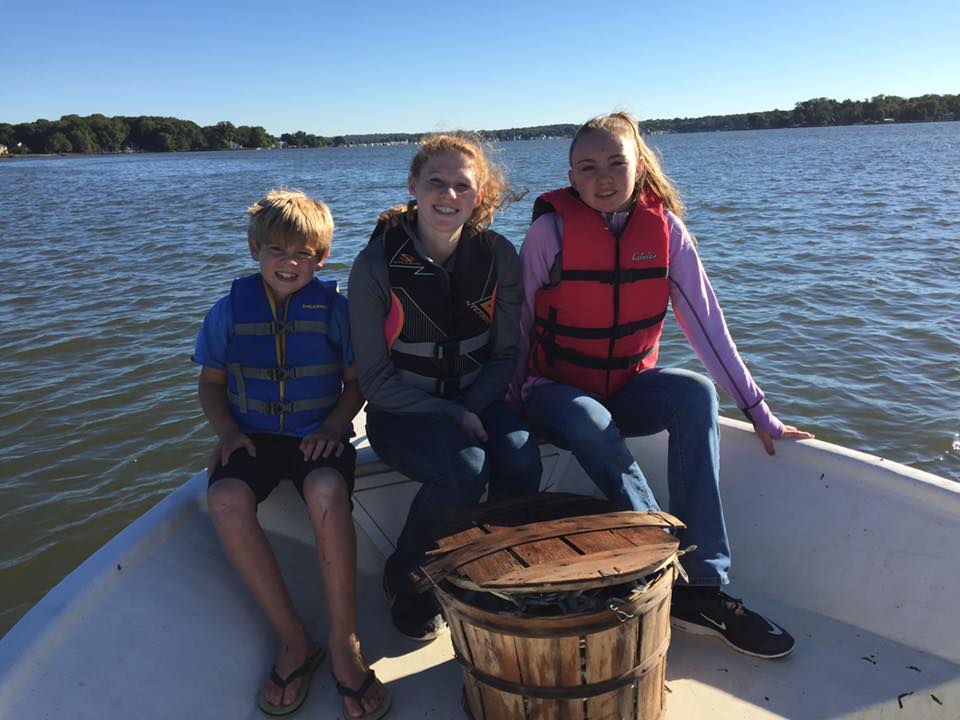 The following night the shore bound Rockfish bite was pretty good, too! Even little John got in on the action!

My friend Kevin Quinlan took his Kayak out into the Elk River and scored these keepers and a few more after work one night last week. He caught his on Rattle traps.

These fish showed up almost a month early! They are found just about everywhere from shallow (4′ of water) to the deep channel edges. Diving and working birds may point the way to some fish but most are not under birds. Often there are no signs of fish being present other than some random bait movements. Blind casting to structure will produce consistent catching. Keep moving from one spot to another, as many times the fish are in small groups and generally scattered. Next month they will school up in larger groups, which makes the fishing even better. The best lures are ones with single hooks as floating grass can be a problem. Treble hooks really catch the grass. I like a metal jigging spoon with a teaser fly above, a 4″ Gotcha Shad on a 1/2 oz. jighead or a BKD on a lead head jig. Tony Acetta Pet spoons or Rapala x-Raps trolled at 3 mph will draw strikes from suspended fish, when the grass conditions allow for trolling, usually this is not the case in the Elk River and Canal.

I have not been well enough to fish this week, lucky for me my friends have been out and shared their information with me, so I could share it with you. Hopefully, I’ll be able to fish next week and give you a first hand report! While I was sick I did build some flies for my friend Lisa… they turned out beautiful! I hope the Stripers bite the eyes off them! Now is the best time to catch some Fat,Fall, Upper Bay Rockfish!