Some of the best fishing of the year is happening right now and the most beautiful weather is accompanying it. Cooler days and even cooler nights have dropped the water temperatures into the sixties and the Rockfish have responded by going on a full blown feeding frenzy! If you are not catching keeper Rockfish now, you should get some help or take up golf! If you chose to get some help, you can go with a knowledgeable Angler or hire a local light tackle guide. One day with a pro will put you on the right track. I fished with Tony Moreira of MoreFins Charters and I can highly recommend spending a day with him. You will learn much about light tackle jigging and how to target Rockfish.

This week I only could get out on the water three days. Tuesday, Ange Harclerode and I fished the Chester River in the Creekboat. This day my buddy was on fire, catching fish at every location. I was soundly out fished as he had five or six fish over 25″… Snap Jigging caught best as the pattern continues… little ones on the top big’uns on the bottom. 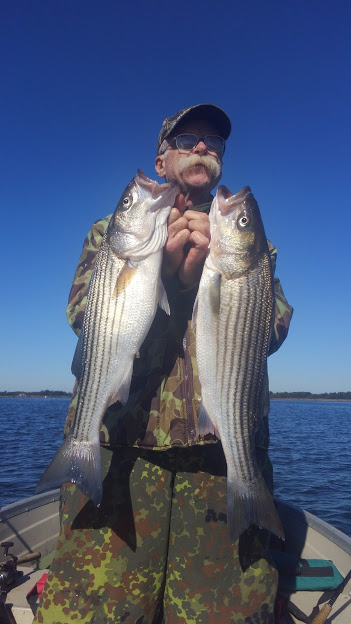 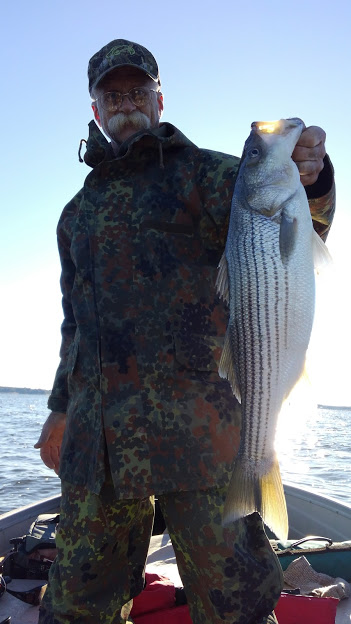 On Wednesday, I fished with my friend Dean Bowman on the mainstem of the Bay, launching out of Rock Hall, Maryland. Dean like many of us is often out fished by his spouse. It is my goal to teach Dean enough to out fish his wife Beth just once! He is a good angler but Beth always seems to catch the biggest fish of the day. This outing’s success was clearly due to finding the schools of Bunker that the bigger Stripers were feeding on. We started out following flocks of smaller birds with breaking fish under them. These were all small fish with nothing larger underneath of them. We then moved across the bay to some structure I like and found schools of Bunker in the area. Shortly after we found schools of larger Stripers on the bottom and behind the Bunker. We limited out quickly! 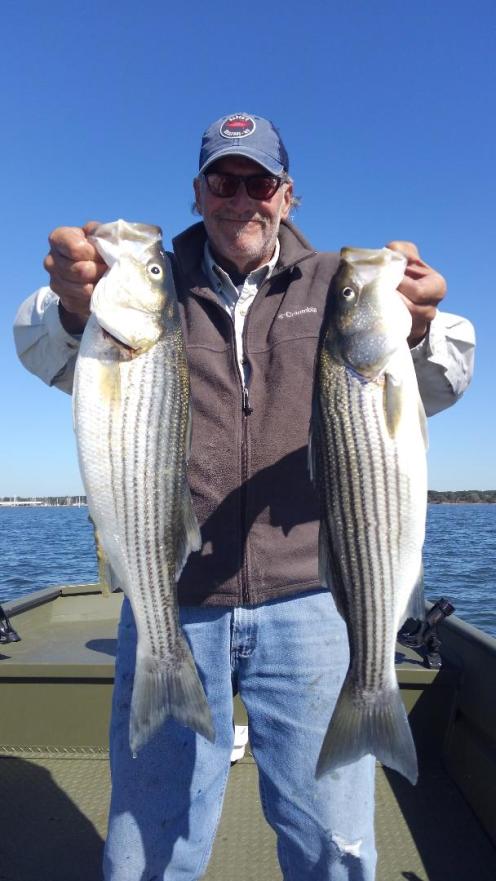 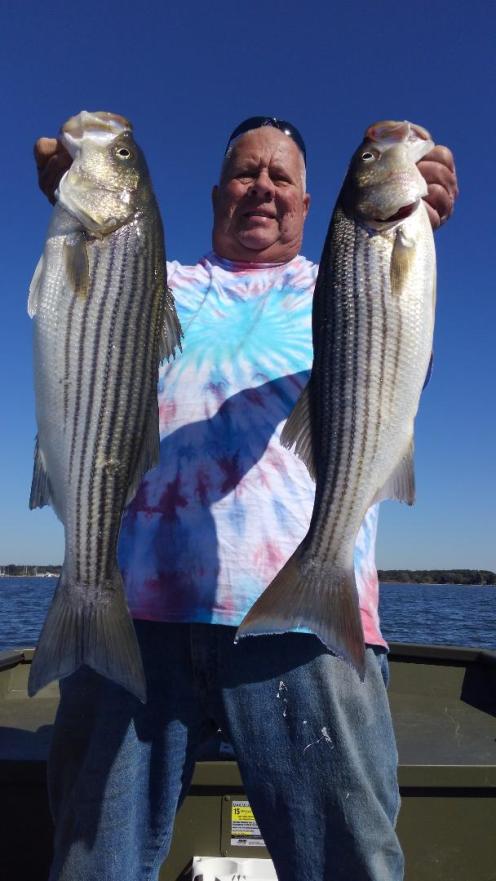 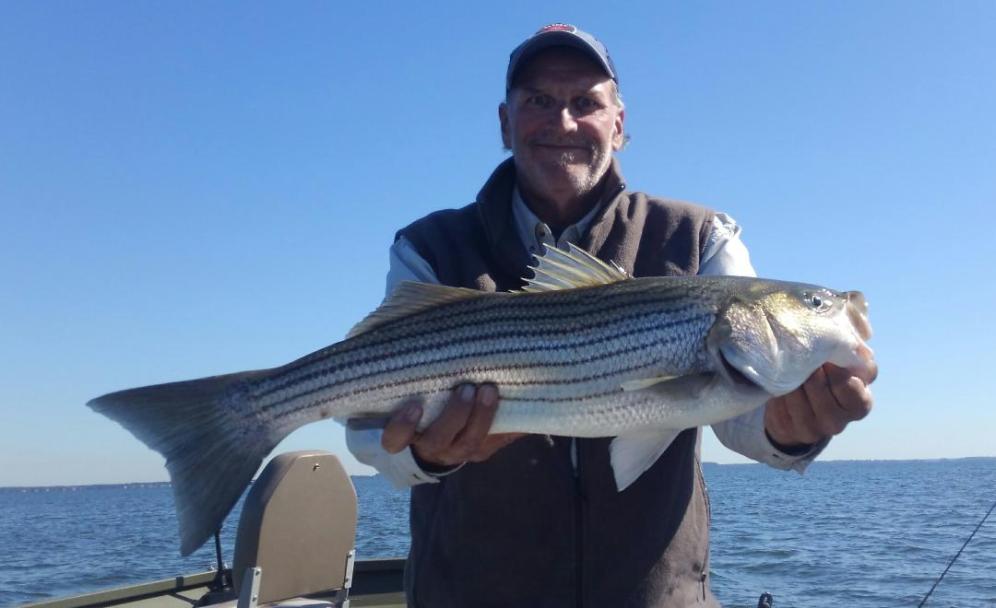 We moved back to the Eastern side and found more Rockfish feeding on Bunker along a 25′ contour line. We caught and released nice sized Stripers for about and hour before heading in for the day. Another fine day on the Chesapeake Bay!

On Friday I fished with my friend Lisa Doricchi back in the Chester River. This was the first fish trip in the 17′ Triumph skiff. Engine troubles and water coming in the hull shortened our trip considerably but we still managed to limit out on nice fat, fall fish to 25″ It was a great day, lots of fun despite the issues with the boat… The fishing is quite good now and will only get better! Water Temperatures are almost 10 degrees higher than last year and the good fishing should last thru the end of the season. Now is the time to catch good numbers of big fish. Don’t put that gear away just yet! Let’s go Fishing!