If you are not fishing the next 2 weeks you are missing out on some of the best fishing of the year! Last night, (11-10-2016) I fished the main stem of the Upper Bay out of Rock Hall with my friend Dan Kilroy and his dad Brian. We ran out to an edge we like and came up empty… so we moved on, still looking for fish. About a mile south of there we found Big Birds. Some dipping and diving and some sitting,most refused to move as we approached,a sure sign that Stripers are present.Soon after we started marking bait and then Stripers. Dan caught the first fish of the night a fat, fall 23″ Rockfish, while “Snap Jigging”…

I was throwing the “Thumper jig” and catching nice fish like this one below. The bite was not fast enough for me so I switched to Snap jigging BKD’s and caught much quicker.

The fish ranged in size from 20″ to 34″ and were biting soon after the jig would touch bottom. Just a few quick snaps of the wrist and it was fish on! I was fishing in the stern of the boat and watching the depth finder. We were marking fish tight to the bottom in concentrated groups as shown in the photo below. This shows a pattern change from the loosely schooled fish all over the water column, to schools of fish tightly grouped and right on the bottom along contour lines and channel edges. This pattern should hold thru the rest of the fall season.

It was pretty much a fish every cast for a couple hours. Dan and Brian both caught a few good fish and a pile of smaller 20″to 25″ fish. It was a great night of fast catching with good friends and nice weather. Dan caught this pretty fish… 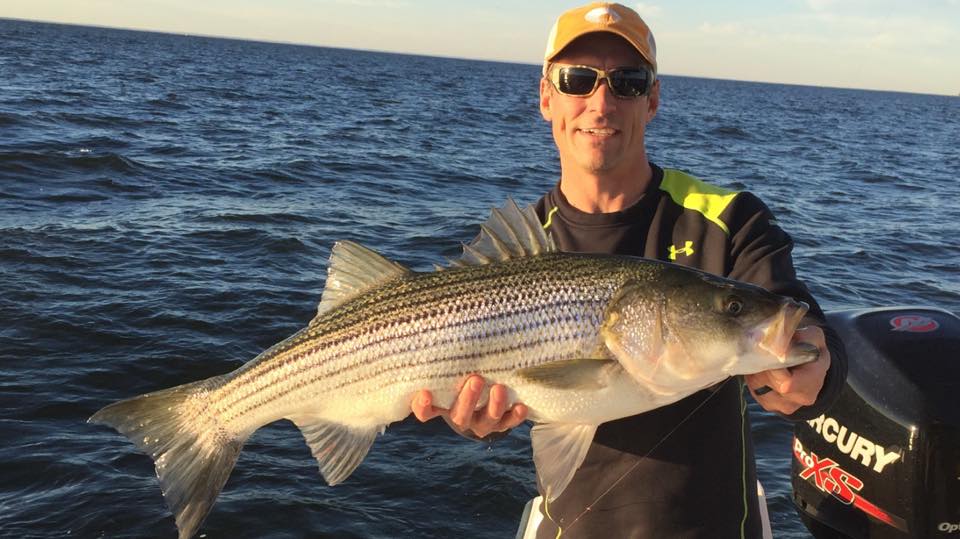 Brian followed up with this nice Rockfish taken on a 10″ BKD… I am fighting a fish as well, one of many times we were doubled up! It was a great Bite with some big fish in the mix.

The fishing was fast a furious! The streak continues of each trip being better than the last one. Big fish like this make fall my favorite time of year. 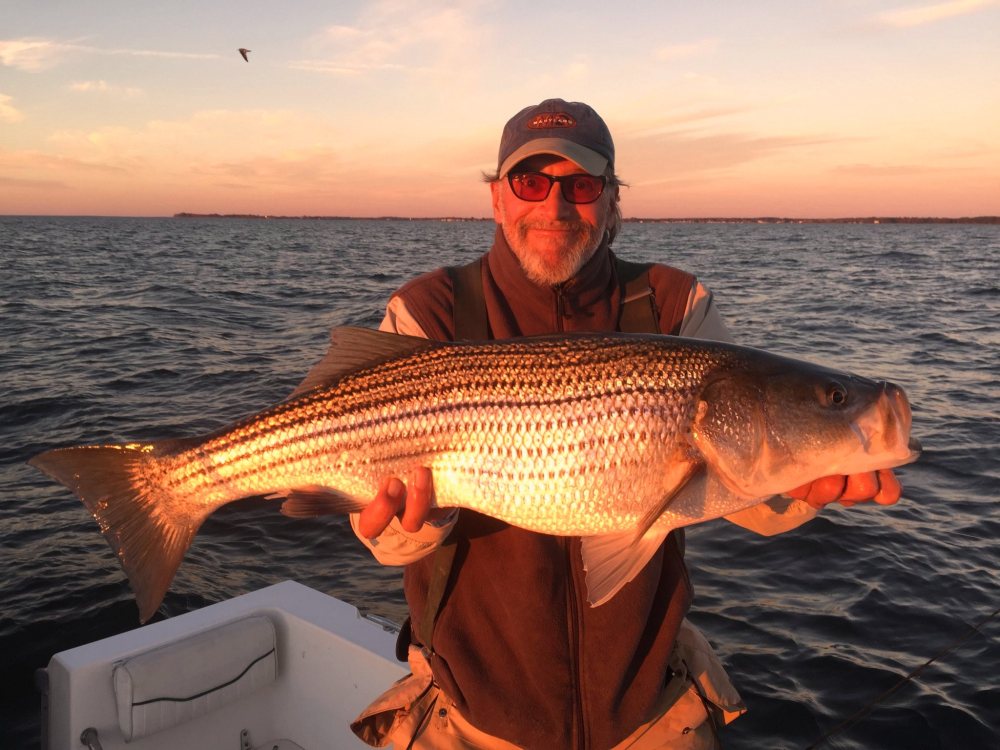 “You gotta love the fall season”… “Big fish are close to home, the weather is great, gas is cheap and you get a lot of mileage out of your ice”… “Besides that, half the fishermen are in the woods hunting Deer”… Go fish now, if you can.