April 2016 had some excellent fishing!

The cold rainy weather has kept the fish here longer than usual. Many of our migratory fish like Shad and Stripers came to the upper bay area early and stayed late thanks to the cooler weather. Our best fishing occurs when the waters are cooler. In fact the warmer weather usually “kills” our good fishing when the migratory fish leave.

Our resident fish become very finicky in the warmer months, which makes catching much harder. Fishing for White and Hickory Shad  has been red hot for weeks and is just now slowing down. The Giant Flathead Catfish are waking up in the Susquehanna as the Shad prepare to move out. In the Susky River Walleye, Musky and Smallmouth fishing is the best it has been in years. Striper fishing on the flats has been consistent Since late March and continued until the close of the season on May 3, 2016.

White Perch fishing was been excellent in most upper bay rivers and streams. Crappie fishing has been consistent in many of the local ponds. While the river bite has been off and on. Here are some pictures of some of our catches this April…

SEE  YOU ON THE WATER… JOE YACK

This one was 27″ the best of the day. We did find some better fish but could not get them to commit to the surface plugs. The lure in the fish’s mouth is an old, 6″ jointed, G-finish Rebel. This lure was discontinued in the 1990’s. On the flats few things catch better. When we found out they were being discontinued Christopher Brown and I bought 24 of them… I have two left we used them most of the day today. Nothing in my tackle box caught better

Sonny Mitchel with one of the better fish we caught today. We had a good number of 25″ fish on plugs.

2 fish one lure! They were thrashing around on the surface making a big commotion… I thought I had Moby for a minute. This is one of two “Last of the Blue Rebels”… They have bit the eyes off it, bent the wire eyelets and yanked the hooks out of the back of the plug … I have tinkered them up more than once and just put new hooks on them yesterday thinking that they might be right for today. I love this plugs for fishing the flats. My old stand-by for many years on the flats. 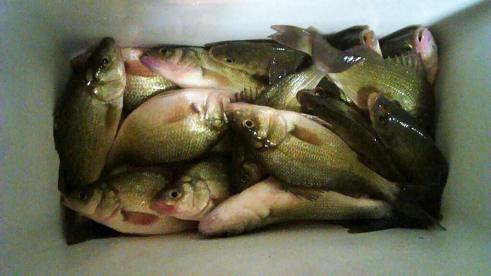 These little Shakespeare rods are awesome with a great price point too! Light enough to throw tiny lures strong enough to land a big Striper… We got them at the shop! — with Larry Perch and Ange Harclerode.

Congrats on a great Catch! This fish caught on an ultra-light rod, tiny reel w/ 6lb. mono and an 1/8 oz. jighead with a small plastic tube attached. Awesome landing skills my friend! — with Larry Perch and Ange Harclerode.

Phil Kerchner with one of the many Hickory Shad we caught this evening in a Cecil County Creek. 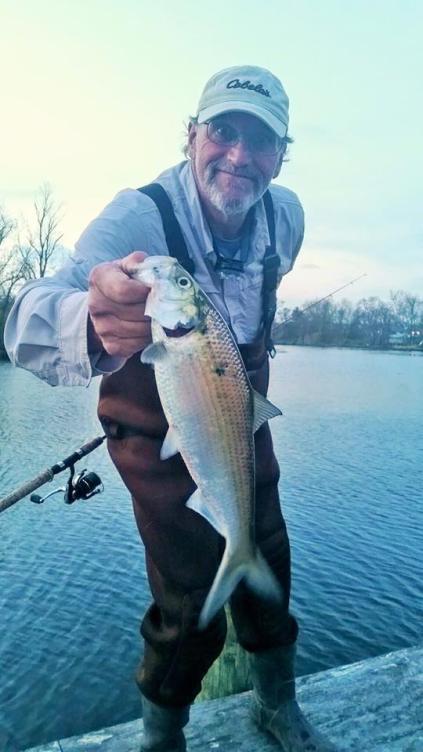 This is one of a few Hickories we caught today… some were very large! Tony spoons and Nunguesser spoons and double darts caught about the same.

No the camera had not been drinking! Poor lighting and old technology used by old men with bad eyes… LOL…We are lucky there is even a picture! This striper hit my tiny Walleye lure and mashed the hooks broke one off and lure doesn’t quite swim right now… 10 bucks down the drain. I assure you, on the size tackle we are using we are not trying to hook one of these, they wreck the tackle. 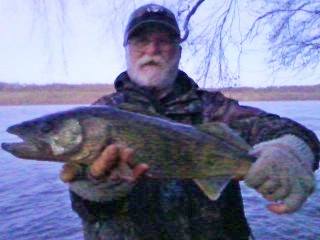 Ange Harclerode with a lunker Walleye close to 24″ — with Christopher Brown.

I held this fish in the shallows kind of awestruck and amazed all at the same time. What a creature! 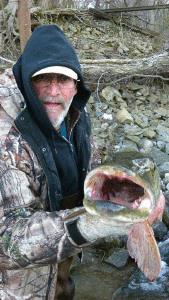 Teeth! The damn thing went nuts and bit me on my waders. If I wasn’t wearing waders I’d be having stitches. This is my River monster! 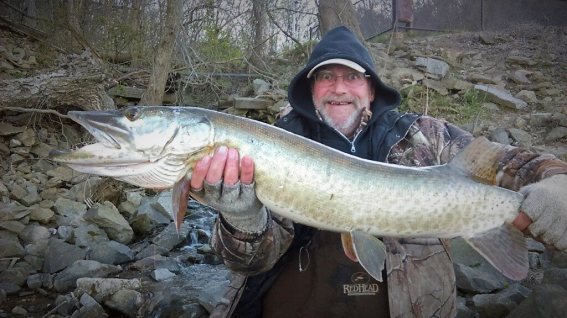 My personal best Musky. One year and a day since I caught my last one on the same stretch of river. 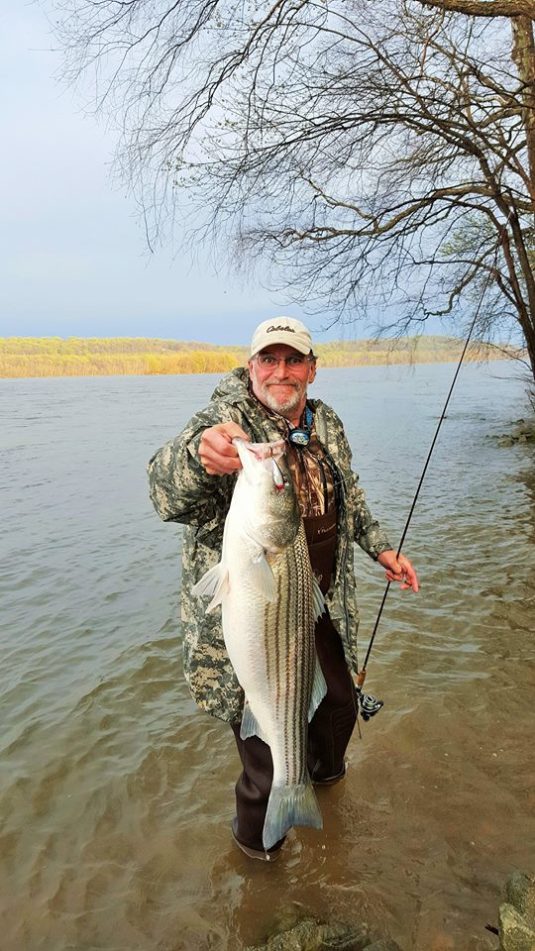 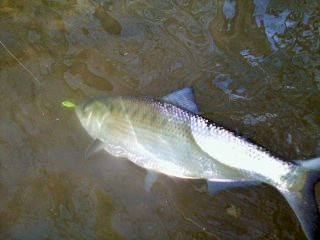 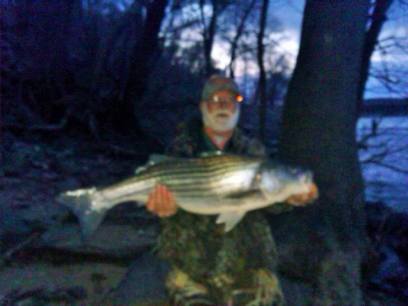 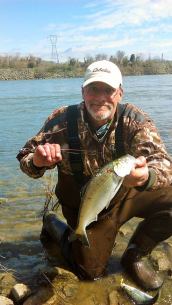 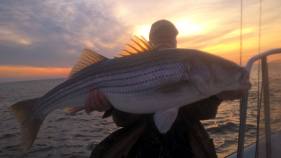 His second fish of the day was a tank!

(Walleye are) One of the finest eating fish on the planet. We don’t kill many, most get released these went home for dinner.

This 15″ Smallmouth Bass bit this 2″ pearl shad that was colored with Spike-it Garlic pens to be a fire-tiger perch. The jig hung on a rock, when I snapped it of the rock the Smalley jumped on it hard… and then jumped at least 2 ft. straight up in the air. What an explosive strike! I find the Smallies re-act positively to the Garlic Scent as well as Flashes of color. Both can be achieved by using the Spike-It Garlic pens or dip.

This Striper was about 30″ caught on very light Walleye gear and fought like crazy in the raging current.